Since the Very Serious Anthropologists and Geneticists don’t seem to get it, let me try another way. Those estimable scientists believe that they have more-or-less irrefutable evidence that people like you and I, upon entering Europe around 40,000 years ago encountered the Neanderthals and, in true human fashion saw no reason to avoid having sex with them. As you read on, you’ll discover why it is that the 1000-genome project and its [always provisional] conclusions are inherently flawed–their choice of African samples simply can’t satisfy the purpose for which the project has intended it. Moreover, the absence of anything resembling a representative sample of the ancestral genetic diversity in Africa renders their conclusions equivocal, at best, and at worst, null and void.

First let me remind you that, even without the recently acquired ability to sequence entire genomes, it’s intuitively obvious that the modern human and Neanderthal genomes would share a large number of genes of all kinds by virtue of a common ancestry reaching all the way back to the first DNA molecule. In like fashion, we share a slightly smaller number of genes with gorillas, chimpanzees, and bonobos. Less still with gibbons, siamangs, and orangutans. And it’s equally logical that we share fewer DNA segments with the other mammals, fewer with the fish, and so on. I can say this even without knowledge of a single genome.

A Neanderthal genome has been published. Likewise a Denisovan. And fine-grained comparisons have been made between those observations and those on about two-and-a-half thousand people alive today. As yet, we have no clue as to the genome of Homo erectus / H. ergaster. Svante Pääbo and colleagues, and biological anthropologist John Hawks, among many others, want to persuade us that their data reveal interbreeding between people like us and the Neanderthals.

At times over the past year I’ve made great fun of the notion. That’s primarily because, in my view there’s no evidence that the Neanderthals could communicate in the way I am with you at this moment. Most anthropologists would probably concede that absence of language in the Neanderthal species would pretty much rule out what has historically been called human culture, and thus would likely render any modern human impression of the Neanderthals on a par with our impressions of gorillas and chimps. If, and I must [alas] emphasize, if the Neanderthals and their contemporaries were bereft of language, it would be highly unlikely that you or I or an Aurignacian or even a present-day member of the American Republican Party would think that it was a high-percentage move to mate with one. My guess is that it would be tantamount to the tongue-in-cheek proverbial shepherd and his fearful sheep.

[Admittedly, animal behaviorists and primatologists who study living anthropoid primates will tell you that most of them evince something like a ‘culture,’ in that they learn through species-specific social behaviour–i.e. learning. Some primatologists will also want to tell you that the African great apes are capable of language. To date, however, not a single chimp, bonobo, or gorilla have come forward with evidence that they are capable of even one Nth of what you and I can can accomplish with our minds.]

In undertaking anew my effort to scrutinize the data underlying claims for interbreeding, I’m undaunted by the reality–that most of us would have to go back to school to understand the even-more-sophisticated analyses of the genome data acquired by the ultra-sophisticated techniques upon which the 1000-genome project folks and the Neanderthals-R-Us crowd base their claims for interbreeding between the Neanderthals and modern people like you and me. Notwithstanding my staggering naiveté with regard to genomics, I still think it’s possible to focus the spotlight on a methodological problem in the prodigious dataset thus far compiled. That problem resides in the choice of populations sampled.

At its heart, my complaint about the 1000-genome sample is simple, but fundamental. It’s so fundamental, and I’m at such a loss to explain how the project leaders allowed it to be the case, that when I imagine the interbreeding advocates coming face to face with my argument I can’t help but recall the image of cartoon character Wile E. Coyote the instant he looks down and realizes that he’s no longer standing on solid ground. If the 1000-genome project-affiliated biological anthropologists were to ‘look down’ at their data for a moment they’d prolly realize that they weren’t, any longer, on a solid theoretical footing, and will ultimately stand or fall on the implications of their flawed data.

The shortcoming that I see lies in what they term “the African” populations, and the conclusion that there’s a distinct difference between the degree of genetic material shared amongst Neanderthals, modern Europeans, and modern Asians and the degree of genetic material shared between the Neanderthals and present-day African populations. It’s assumed [or presumed] that a few hundred African genomes are at least as representative of the genetic diversity of Africa–as a whole–as are those of Europeans and Asians in the sample. As you’ll see, this doesn’t accord with the facts.

The table below shows the African and African-related portion of the 1000-genome project’s data. You can see that the present-day African groups represented are the Yoruba, Luhya, Gambia, Mende, and Esan.  I’ll come back to the American genomes in a moment.

The 1000-genome project, in attempting to characterize the range of variability in modern Africans, has sampled a very few groups from the west coast of central Africa and one from inland East Africa. That’s a piddling sample given that the African continent gave rise to the species and presumably comprises the greatest range of variation of any similar segment of the species elsewhere in the world. But that’s not all. So restricted is their sample that they might just as well have called their African sample the Bantu sample. Indeed, 80% of the Africans sampled [thus far] in the project can trace their ancestry to a Bantu homeland in west Central Africa near the borders of Nigeria and Cameroon. The remaining 20%–the Mende sample–derives from Sierra Leone, just to the north of the Bantu homeland, and linguistically closely related to Bantu. The historical picture of the linguistic and, no doubt, genetic distribution of the the Africans sampled for the 1000-genome project resembles most closely that of the Indo-European speakers, which, around the same time–about 4,000 years ago–spread their language and culture, and their genes, from a point in southwestern Asia across Europe.

The map at left depicts the relative time-depth and geographic extent of the Bantu expansion I’ve just mentioned, which appears to have occurred in two stages, and which profoundly changed the demographics of Africa south of the Sahara Desert beginning about 4,000 years ago. The problem this presents to the 1000-genome project is enormous. While maintaining that they’ve got a representative sample of Africa-wide populations, they’ve very likely drawn from a single, widespread population that has a relatively small degree of genetic diversity due to its single, small region of origin and its rapid expansion. [The likelihood that a relatively homogeneous genome spread and mingled with the ancestral groups in their path may well be the reason that some of the 1000-genome data are seen to suggest a population ‘bottleneck’ in Africa at some time in the past.]

Let’s face it, at a minimum these African results should be approached with caution. I mentioned that the project also sampled Americans of African ancestry. Unfortunately for the project these samples are more of the same. That’s because the African slave trade grew up in coastal regions, as you can see in the map of the diaspora that is shown below, the predominant origin for Africans destined for the New World was the same west coastal strip from which the 1000-genome project’s indigenous African samples are drawn. As you can easily see, all those purple arrows aiming at the Americas originate on Africa’s west coast, the southern portion of which is, as mentioned above, Bantu territory. And, even though some Africans from further north did make it to the Americas, as can be seen by reference to the pie chart inset in the map below, 52% came from Bantu speaking populations–Angola and the Bight of Biafra. Another 23% came from the Bight of Benin, which is the northern region most proximal to the Bantu homeland, and which therefore might be expected to evince a substantial genetic similarity to that of the Bantu peoples who were uprooted and transported to the Americas.

Taken together, the 1000-genome project’s African sample may in fact be sampling a very narrow portion of the original, ancestral African, genetic diversity. Unfortunately for the project, when you add up all of the Bantu-related genomes, almost the entire sample representing Africa could be seen to derive from a single, geographically circumscribed ancestral population in western Africa. I can’t even begin to calculate the effect this would have on the claims made so far for African input into the parts of the genomes shared between modern humans outside of Africa and those darned Neanderthals. At a minimum, the proponents of the interbreeding hypothesis might want to examine their methods more closely, so as to redress this glaring shortcoming of their sampling strategy.

The fundamental question posed by the 1000-genome project was what proportion of ancestral African populations share any part of their genome with those of the Neanderthals? I’d have to say that the jury’s still out, regardless of what the project mavens would have us believe. 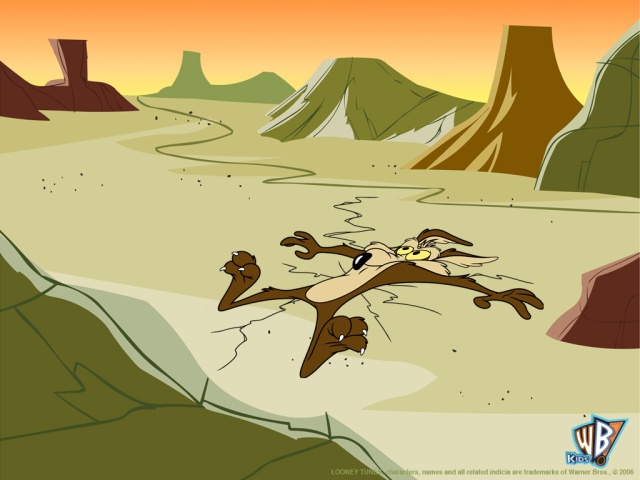 One thought on “I Have A *cough* Bone To Pick with the Neanderthal Interbreeding Advocates: The 1000-Genome African Sample is Seriously Inadequate!”