These illustrations are taken from “CLEAVERS IN EARLY PALAEOLITHIC INDUSTRIES IN ISRAEL,” by David Gilead. Paléorient 1:73–86, 1973. I came across it as I was busily preparing a take-down of Michael Chazan’s latest phantasmagoria, “Butchering with small tools: the implications of the Evron Quarry assemblage for the behaviour of Homo erectus,” ANTIQUITY 87: 350–367, 2013. [
[Wouldn’t that title have been a whole lot more persuasive if it had been stated succinctly? What’s wrong with “Butchering with small tools: the Evron Quarry’s implications for Homo erectus behaviour?” But I digress.]

This won’t be a diatribe on the Finished Artifact Fallacy. Instead, I’d like someone in Gilead’s and Chazan’s line of work to tell me why Gilead’s so-called cleavers aren’t in fact just pointless hand axes [if, at the end of the day, someone convinces me that the category “hand axe” isn’t just another reified category].
Anybody? The first one to give me a convincing answer will receive an inexpensive but high-quality t-shirt in any size they want with “A drink is like a hug” printed tastefully on it wherever they choose and in a stunning range of colours.
I’ll be here. Waiting. 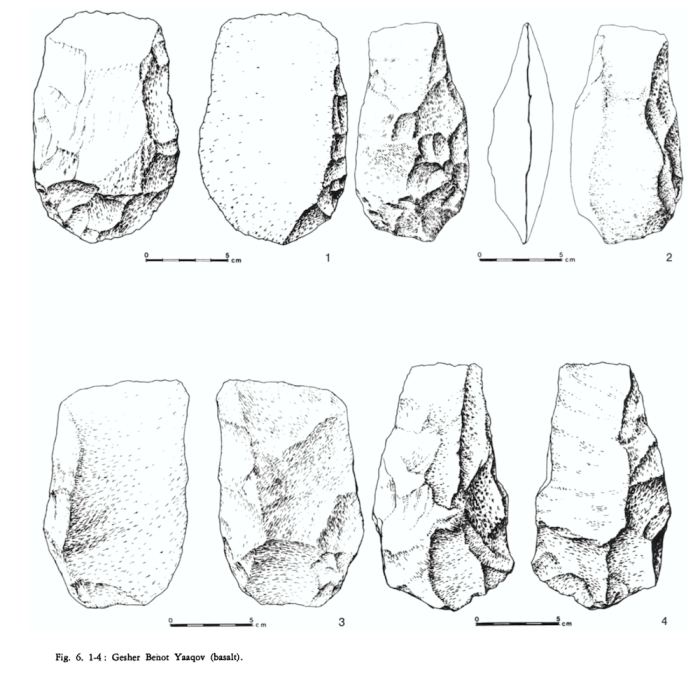