The term “cleaning house” has a denotative and a connotative sense. Today I’ve been tidying World Headquarters—its stratified dirty dishes, hundreds of shelf-impoverished books, random clothing in need of washing, and doing what I can to forestall the symptoms of a hangover. That’s the denotative sense.

But The Subversive Archaeologist [at least] tries to clean house—figuratively speaking—when it comes to paleoanthropological nitwits and their equally not witty inferences of Middle Paleolithic behaviour.

Nothing new there. Right?

For what seems like ages I’ve been back-burnering my subversive activities in favour of you-wouldn’t-believe what other doings around here. I’ve talked previously about my psychological aversion to being ridiculed and marginalized, and the effect that it’s had on my intellectual and personal lives.

But there’ve been other reasons for my frequent, and prolonged, absence from these pages.

You know about my efforts to sell Subversive memorabilia, most recently via “Subversive Shirts,” online and in reality at the Blaine Gardeners’ Market on Saturdays. It’s a hobby, although I’ve ever hopeful that my trademark will one day go ‘viral’ and I’ll suddenly have orders coming in from all over the planet. It’s all right to dream, no? [FYI, I laughed so hard just then while I was typing that I aspirated a mouthful of wine and nearly coughed my lungs out, in that paroxysm rushed to the kitchen sink to spit, and split open my forehead on  a hanging frying pan. It’s a good day.]

I also spent huge blocks of time looking for, planning for, and finally acquiring, a small piece of property here in Birch Bay. The big blue patch is the Salish Sea, which communicates with the Pacific Ocean through the Strait of Juan de Fuca to the southwest and through narrow waterways to the northwest in this image—via the Georgia Strait, Desolation Sound, then Queen Charlotte Strait, and finally Queen Charlotte Sound; lastly, the Salish Sea includes Puget Sound, directly to the south of this image, on which lie the cities of Bellingham, Tacoma, and Seattle, among many, many, others. 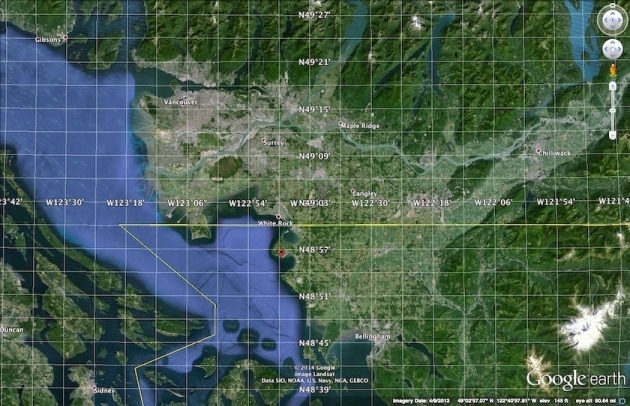 This bit of green backs on to an active beaver pond. For reals! The buildable area is small, so I needed to plan for a large, above-ground, open living space to substitute for a ‘yard.’

And this is what I found!

In the short term, I’ll be standing pat, waiting for either my Apple stock to double or Subversive Shirts to go viral! No worries. It just means that I’ll be able to turn my gaze, once again, to the Middle Paleolithic and archaeological mythology, in general.

Finally, I’ve recently taken a term position with AMEC, herding the interim reporting cats for a large dam project in northeastern BC.

So. All sorts of conflicting concerns. Stay with me, though. I’ll be spending more time here in the near term than at any other time in the past 1.5 to 2 years.

Fun will be had! As Slartibartfast famously once proclaimed, “Great things are afoot!”

Exasperastes
OR, THE SUBVERSIVE ARCHAEOLOGIST

13 And They gave their hearts to seek and search out by wisdom concerning all things that the Neanderthals did under heaven: this sore travail hath God given to the sons and daughters of Bordes to be exercised therewith.

14 [I have seen all the works that are done under the sun; and, behold, all of palaeoanthropology is credulous, and that doeth more to vex my spirit than an empty fridge or a glass with a hole in its bottom.]
15 That which is a tortured argument is made straight: and that which is wanting in logic cannot be critiqued, come Hell or high water. [Thou knowest whereof I speak. The tricks of charlatans and snake-oil merchants oft be the same as those of palaeoanthropologists.]

16 They commune and take much good French red wine at conference centres, saying, Lo, We are come to great estate, and have begotten more wisdom than all they that have been before us in palaeoanthropology: yea, our hearts had great experience of wisdom and knowledge! And so say all of Us! 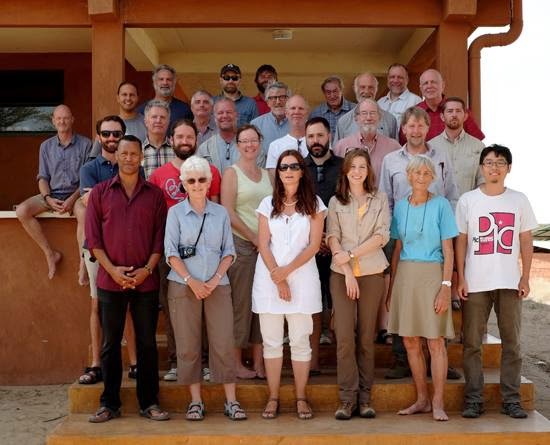 17 [And I gave my heart to know wisdom, and to know madness and folly: I perceived that this also is vexation of spirit.
18 For in much wisdom is much grief: and he that presumeth to increase knowledge only increaseth his own sorrow and scuttleth his own career.]

A little fun for a change from the Subversive Archaeologist. Hell! If y’ can’t beat ’em, join ’em!