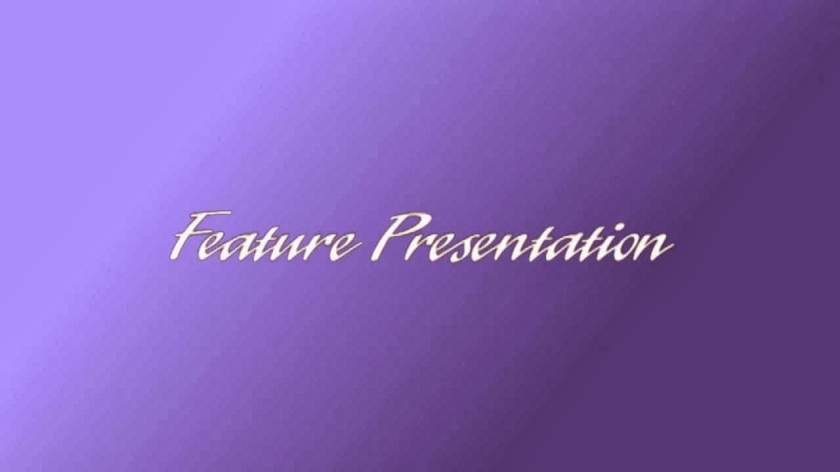 Today’s Feature Presentation is Big! Really Big. Big animals. Big sky. Big-picture stuff. Along with Big reputations, Big egos, and Big shoes to fill! Bigger even than the Forbes 500! In fact, it’s big enough to be called the Forbs [sic] 50,000!!!!!!!

I’m talking about the very recent Nature “article” (sensu stricto*) by E. Willerslev and a cast of thousands.

This paper oughta provide archaeologists and palaeoecologists of the Arctic Late Pleistocene with a big whack of new information to *cough* digest.

We’re gonna take a trip to the Arctic—170° west and 65° north, to be precise—to pretend we’re inhabiting the Terminal Pleistocene equivalent of 4th Street and Main in Uptown Downtown Beringia [see map below]. Beringia, as you may already know, is the name given to the continental shelf that was exposed during the coldest periods in the last Ice Age. It used to be called the Bering Land Bridge. However, as you can *cough* plainly see it was less like a bridge, and more like a vast plain that united Asia and the Americas, thus forming a [drumroll, please] . . . .

À la Bob Dylan, it’s my wish that for just one time / you could stand inside [the] shoes of a wooly mammoth—Mammuthus primigenius (Blumenbach, 1799)—inhabiting 4th Street its Late Pleistocene central Arctic range. But wait! Before you wander off all by yourself to don the shoes of such a large creature, it might be best if you buddied up with someone—not just because there are four shoes to stand in, but also for your personal safety, should the mammoth return prematurely.

You’re hungry [which you have to imagine is an incessant feeling for a cold-climate pachyderm, despite all the ‘wool’]. Forget the conventional wisdom of the past 60+ years. Forget the amber waves of short, stubby grasses. Forget lichen as far as the eye can see. Imagine few sedges, and a dearth of ground-hugging, twisted trees. In contrast to that picture, Beringia is the perfect niche for such a voracious animal. You and the other larger-than-life fauna fit right in. Forbs [don’t feel inadequate. I had to look it up, too] abound. Forbs as far as the eye can see [which, I realize, ain’t that far if you happen to be a wooly rhino]. Heaps and heaps of forb-ful biomass—lots more, that is, than was envisaged for this part of the world throughout the second half of the twentieth century and the first decade of the twenty-first.

That forbs were Beringia’s dominant flora prior to the Last Glacial Maximum is the major finding of Willerslev et al.’s exhaustive and far-reaching review / report. In my usually pugnacious scepticism, I had always thought the conventional view of the mammoth steppe flora was a bit of a stretch. Imagine hungry you in a landscape such as that depicted above. You’d probably have mowed through the entire lichen covering that view in less than a day, and still be hungry. On the other hand, if you switched that view for an effectively limitless expanse of forbs, you might not feel so apprehensive as to where your next meal will be coming from!

[Okay. You and your buddy may now slip out of those shoes. And, step sharply, the wooly one returns.]

[Theirs is the] first large-scale ancient DNA metabarcoding study of circumpolar plant and .  . . .  nematode** diversity as a proxy for modelling vegetation cover and soil quality, and diets of herbivorous megafaunal mammals, . . . . For much of the period . . . , Arctic vegetation consisted of dry steppe-tundra dominated by forbs (non-graminoid herbaceous vascular plants). [Milkweed, for example, or sunflower-like plants with yummy seeds.] During the Last Glacial Maximum (25–15 kyr BP), diversity declined markedly, although forbs remained dominant. [I wouldn’t normally give a free ride to the sort of pronouncement you’re about to read, but I think this crew deserves to blow their own horn.] . . . [O]ur findings question the predominance [italics mine***] of a Late Quaternary graminoid-dominated Arctic mammoth steppe.

In other words, instead of something akin to a polar desert, Beringia probably looked more like the east African savannah or the Great Plains of North America. Plenty of grub [n. #8] for plenty of mega-mammals.

I think it’s worth noting that forbs are annuals. Like grasses they die back in winter. That would be badness for a faunal community comprising many species of big mammals. What did they eat during the cold, very dark, winter? I have a hypothesis. [Oh, Lord. Here he goes again.]

Since we have no good idea of the ecology of the long-extinct wooly mammoth and other very large mammals that lived in Beringia, we can posit natural histories that are unlike the Holocene exponents of the Mammuthus primigenius (wooly mammoth), Bison priscus (steppe bison), Bison antiquus (ancient bison),  Equus lambei (Yukon horse), and Coelodonta antiquitatis (wooly rhinoceros), to name but a few. Munch on this. Evidently several species of caribou inhabited parts of Beringia. The extant species, Rangifer tarandus, are migratory. Isn’t it possible that the southern portion of Beringia had a more temperate climate than you might expect so far north. Even today the Japanese Current bathes the eastern Aleutian Islands, including Kodiak Island and the majority of coastal Gulf of Alaska. One has to imagine that something like the present-day warm current had a Pleistocene counterpart. Maybe the entire faunal community was migratory in the way of today’s North American caribou.

I think that’d be a fruitful line of enquiry for aspiring palaeobiologists et al.

All righty. I think I’ve underscored the import of Willerslev et al.’s article quite enough. Great stuff! No?

Wanna know what I think’s pretty funny? Nobody has pressed me for an answer to the inevitable question: “OK, Gargett. Why should we believe anything you say? It’s not like you’re an expert or anything like that!] To which I must reply: “Quite right. It’s been a good long time since I learned a thing or two about the Pleistocene. But I had a good teacher—Knut Fladmark, perhaps the best ever for Pleistocene geomorphology and assorted allied fields. Moreover, while I was in the Australian academy, I was one of a handful of scholars who had a clue about such matters. And if you don’t believe me, check out my review of Frederick Hadleigh-West’s edited volume, American Beginnings: The Prehistory and palaeoecology of Beringia in Australian Archaeology. For that matter, why not check out the whole volume.
You can get it from Amazon by clicking through from here. And, if you purchase it I’ll get a wee commission at no cost to you, and you’ll get a good price [and possibly free shipping!]. As far as I know, American Beginnings is the sole source for English translations of the difficult-to-access Russian-language original articles on a host of northern and northeastern Asian palaeolithic archaeological sites. This book would provide a means of melding the dataset you’ve been introduced to here today and the archaeological record of at least some of the very large area that Willerslev et al. cover.

I think that oughta do it for today. Nighty-night. Don’t let the nematodes bite!

* I can use fancy latin taxonomic qualifiers, too!

** A parasitic creepy-crawly that ravages the world’s economic plants [and any others they can terrorize]. See below. They’re insidious little rotters.

*** I think they mean pre-eminence here. It may simply be a double editing slip-up, since the authors follow “predominance” with “dominant” just a second later in the same sentence.

Even if you couldn’t see her, you knew she and two of her cohort were hidden in the copse, downwind of their objective. The young rhino was oblivious to the feint they had prepared for it. The thirsty quadruped continued to move toward the seep, watchfully, instinctively alert to movement, sound, and scent. [Like a good rhino it was nearly as blind as a bat!]

Upwind of the three hidden in the brush there is movement in the tall grass. Two of the hunting co-op on one side, and three on the other, were flanking their prey. They had learned their roles as children, and were executing them perfectly—acting like wing forwards in a soccer match in which the three hidden in the brush downwind were the center forwards, waiting for the wingers to force their opponent to make a mistake and create a chance to score—in this case, the wingers function to make their prey run straight at the hunting blind where ambush and certain death awaited.

As each of the forward wingers crept further and further upwind they were closing the circle. They had played their roles beautifully, and now they stood their ground, their work done. So, when the rhino finally sensed the danger, an escape upwind was impossible. He never had a chance. The remaining wingers occupied both flanks, and as the anxious unguate turned first to its right, and then to its left, the hunters on the flanks showed themselves. They moved methodically toward their now hysterical prey. It’s only remaining escape was straight downwind.

The ill-fated rhino was heading into the trap that she had laid for him. She and her two companions ambushed the young animal as it neared their hunting blind. They pounced on the hapless creature and despatched him moments later. They all had their fill at the kill site, which became their home for the next few days, while they alternately fended off scavengers and fed off the carcass.

The days were turning colder, and it was time for the group to take refuge in a small cave in the adjacent hillside.

Despite the graphics, cleverly designed to keep you off my scent, the scenario I just described isn’t that of a hypothetical group of Neanderthals. It’s an [almost] verbatim account of African lion cooperative hunting behaviour, habitually anchored by an alpha female.

I’ve taken your time today to illustrate how vapid and at the same time misleading are the claims that palaeoanthropologists trot out at every opportunity—that those brilliant Neanderthals took part in cooperative hunting forays, underpinned by big brains, big mouths, and the ability to make sharp sticks. Clearly it requires less brain mass, and no vocalization nor language to organize a hunt involving several conspecifics.

So, when you go back home tonight, and you’re imbibing more gibberish about the fascinating and remarkable Neanderthals, remember this moment. Carry it with you through all your days, and at every opportunity throw it back in the faces of those who’d have you believe that cooperative hunting is unique to large bipedal apes.

Thanks for joining me today. There’s more to come.